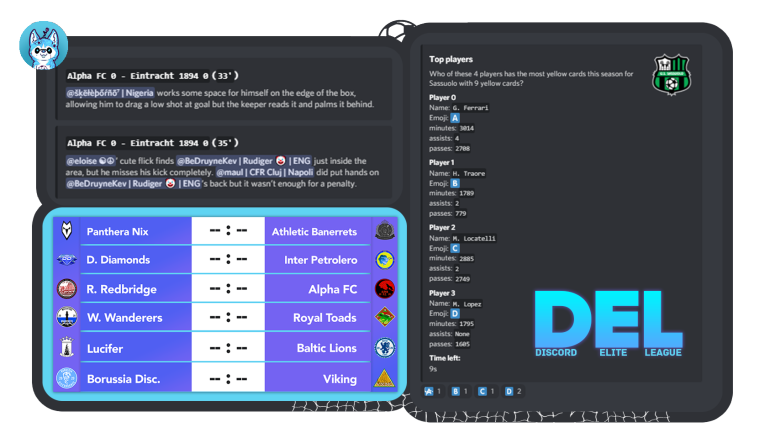 In the fantasy island of DELland, 14 different provinces exist, each building thier own teams to face each other. A league that makes us who we are, Discord Elite League is an online trivia game held on Discord, where 2 of the 14 teams play each other for 90 minutes to prove who is more dominant than the other.

The teams are listed below, first the 8 original teams, and the 6 new ones!


You can read more about DEL here. 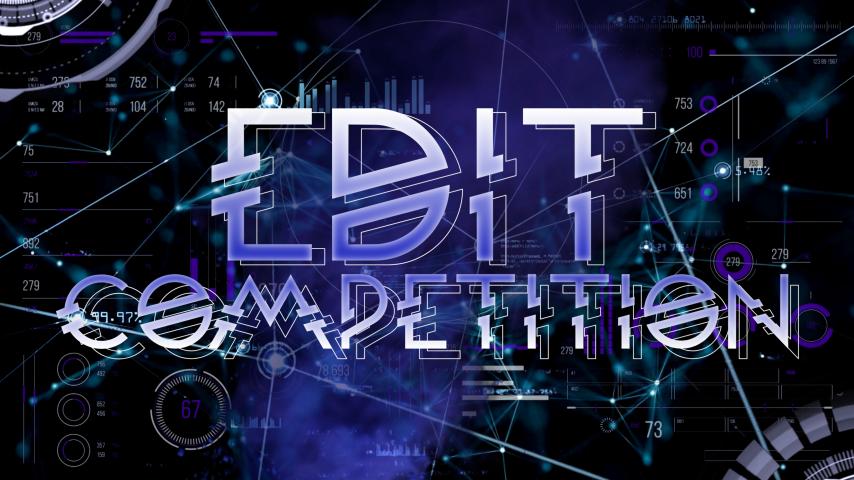 Edit Competition, simply known as EC, is a football photo editing competition supervised by the Referees. The competition is accessible via #🔐join-events-here here you can obtain the Edit Competition role and gain access to the channels.
In Edit Competition, users will be given a prompt every 3 weeks and they have 7 days to submit their entries; entries are posted every Tuesday at 3:30 PM GMT. Users vote for their favorite entries from Tuesday up until Friday at 3:30 PM GMT, which is when results come out.
Pssst: If you're looking for this week's entry, click here! 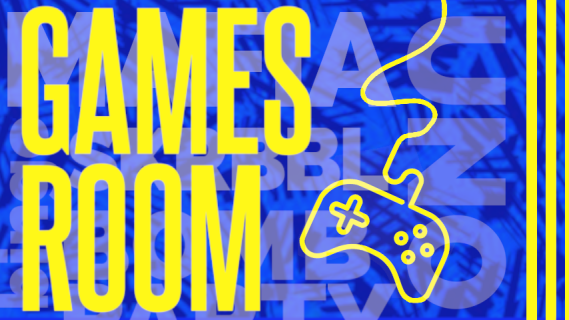 GamesRoom is a periodic event hosted by the Discord Football Staff.
In GamesRoom, users will play games voted by the community. The game with the most votes will be the game that is chosen to play in that session. Voting starts 30 minutes before the session.
Games:
There are currently 5 game choices, with 1 of them (Among Us) being a weekly event. These include: 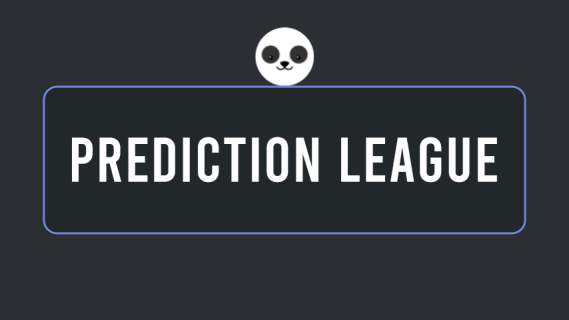 The Prediction League, or colloquially known as PL, is an event in the Football Discord run by the Staff Team where people attempt to accurately predict the results of upcoming games. A user can access this event via #🔐join-events-here. Users predict the selected games of various different leagues from different parts of the world.
Users will use the respective channels depending on which set they would want to predict 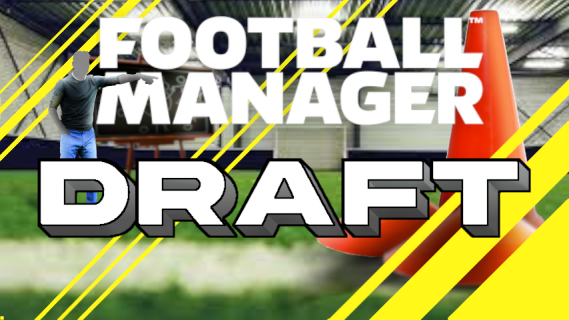 In the glorious region of Micronesia, teams participate in two randomized conferences to win the Discord Draft. The top 8 of each conference qualifies for the end-of-season championship play-offs, a highly glorious and coveted event on the small island. This island is chosen as our venue mainly because it is not part of the FIFA and thus there will be no fights about who qualifies for continental tournaments. 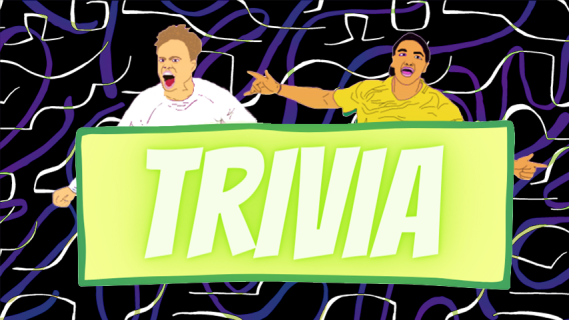 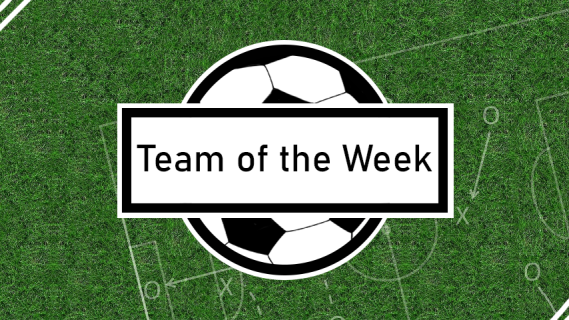 Team of the Week

Team of The Week, alternatively known as TOTW for short, is a server competition where in people from the server pick the best players from a variety of leagues from across Europe and sometimes the rest of the world, each week and receive points based on how well they perform in their matches, similar to that in the manner of Fantasy Premier League or Fantasy Champions League.
Just like for a game of fantasy football, each participant selects 11 players within a given budget.